Mistress Pip Reviews 0 Comment
“I have just been released by two stunning dominatrix’s from a dungeon somewhere in London after hours of torture & confinement.

My adventure began late at night after receiving an e-mail to rendezvous at the end of a deserted country lane. I arrived at the agreed time to find a car waiting for me, headlights on & engine running, but as I approached it slowly moved away into the night. Had I made a mistake about the time & location? No, the instructions had been explicit, detailed & don’t be late!

Cold & silence filled my mind. Lights dazzled me, a second car? I shrunk back into the hedge hoping not to be seen.  As quickly as it had arrived it was gone, now there was only the sound of one car, it reappeared out of nowhere, blinding lights & then nothing, just a silhouette. Click, a black shadowy figure &  I’m down on the ground, can barley move, forceful grip, dragged to my feet, rushed towards the car. No time to think. I hear someone say another car is coming, before I could look I was forced down, face inches from the tyre, then dragged to the back of the car & bundled in, wrists restrained behind my back, my head sharply pulled back & a gag is forced into my mouth. I am beaten & told to keep quiet. Bang! Tailgate slammed shut & the car speeds off into the night, I am now at the mercy of two of London’s best kidnappers.

As the long night unfolded, I would be stripped naked, bound, gagged & hooded as Miss Pip & Miss Kali forced me to their will & break me, I would do anything to please, agree to any of their demands however bizarre in the hope that my torture would light. How wrong I was, the night would be long & the torture exquisite at the hands of these beautiful dominatrix’s. How lucky I am. 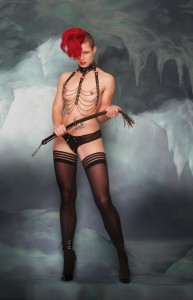